Saturday 9th May 2015 . It's a wet weekend so far as Britain celebrates the 70th Anniversary of V.E. Day . Today I received some free wildflower seeds from the BBC.

I recycled a 500g margarine in to plant labels . Whilst in the kitchen I had an apple, banana and pear that needed using up so I created some dairy free muffins in the afternoon. 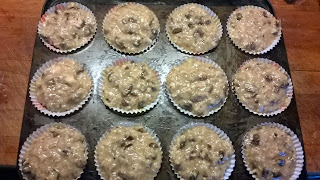 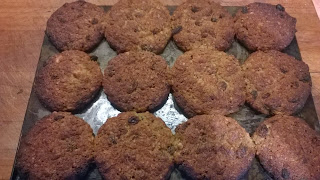 In the evening I rehydrated some of the coco coir that I received earlier this year as a present . I then used the hydrated coco coir to fill used toilet roll tubes and sowed various beans in them. 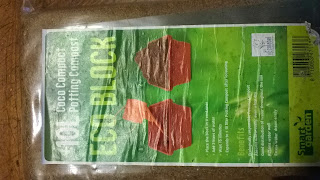 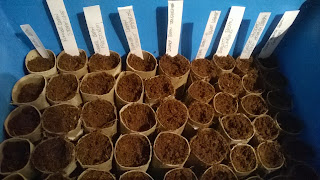