According to My Middleton in Dig On For Victory we have 7 tasks this week :

1) Look to Spring and Winter Greens. -  As late winter and spring greens come to an end the land should be prepared for re-cropping. Spring cabbages should now be in use, harvested stalks will produce further greens up until the end of June. If manure is hard to obtain it recommends sowing mustard as green manure, for digging in later, to enrich the soil afterwards.

2) Sow Runner Beans Outside.- Dwarf French beans and runner beans can now be sown outside. Those plants raised under glass should be hardened off before planting out.
3) Sow Late Greens; Look Out for Club Root.- Late greens like broccoli and savoys can be sown outside. It recommends using the corrosive sublimate on the ground on which crops have previously been infected with club root have grown. The article also mentions applying Naphthalene to the soil. Both treatments are now banned in the U.K. 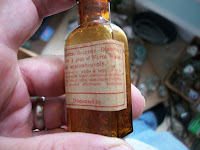 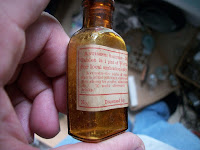 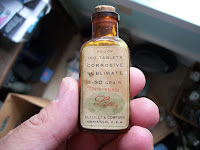 4) Sow Beet and Sweet Corn.- Sow spinach and seakale beet in rows 18 inches apart at intervals of 9 inches. Sweet corn seeds can be sown outside but will need a cloche protection for a short time.
5) Beware Woolly Aphis.- Woolly aphis is a serious pest of apples and effort should be made to keep its development in check. The colonies of aphis surround themselves with a mass of wool-like threads. When wool tufts appear they should be brushed off with a stiff brush dipped in methylated spirit.

6) Keep Strawberries Clean.- As the flowers appear straw should be carefully placed around to keep the fruit clean.

7) Sow and Plant.- Plant out and sow lettuce. Sow more peas and plant out tall peas raised inside. Finish planting potatoes. Thin parsnips and other seedlings. Prick out celery and celeriac. Sow scorzonera outside, and radish for succession. Keep down weeds with the hoe.
Posted by Mr Cooper at 02:33