Well I was armed with my 'to do' list and a head full of ideas but Mother Nature had other plans . We had two weeks of snowfall and freezing temperatures that delayed quite a bit of the sowing .
Of the 17 items listed on my 'to do' list some tasks were done and completed quite quickly .
I didn't work in any order just choosing random tasks as the weather and time permitted . The first task completed on March 1st was #8 the raised bed by the gate . The only cost being my time as the wood had been dumped by my neighbour . The base was an old green carpet that was on the plot when I took it over back in December 2011. 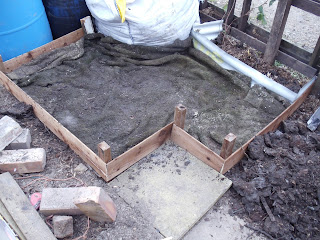 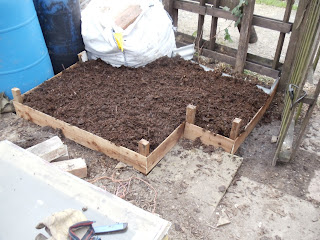 I am hoping that before summer arrives that all the untidy areas on the allotment will be sorted out and a touch more pleasing on the eye. Only time will tell. 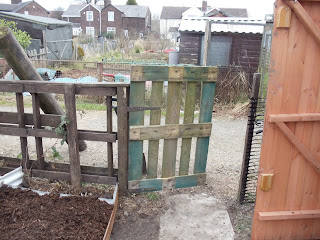 Finally the old gate has been removed and the new one created from a pallet is now in its place . 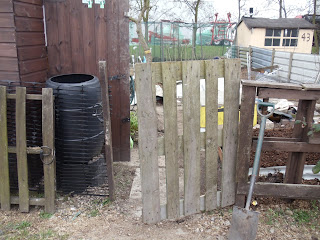 My next task was to remove the 'temporary' black plastic fencing that had been there for 12 months. 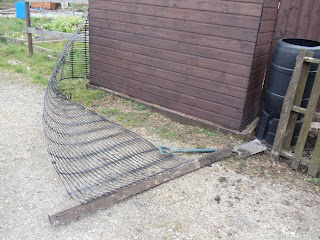 Thankfully that task was quite simple. 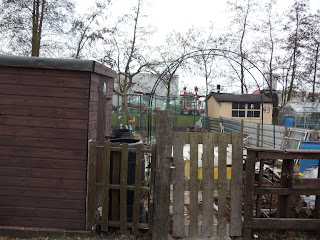 By March 3rd I had even put the rose arch that had been in the shed since last summer up.
Posted by Mr Cooper at 12:58